Today we are going to take a look at one of Walt Disney World’s newest attractions: Lighting McQueen’s Racing Academy. 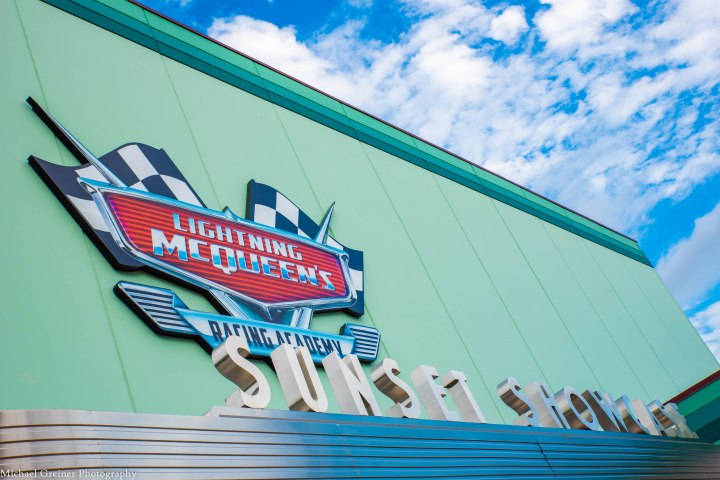 Located at the Sunset Showcase Theater back behind Rock N’ Roller Coaster, Lighting McQueen’s Racing Academy is an 11 minute show based on (you guessed it) the Cars franchise.

This was never going to happen unfortunately, and instead we were eventually given the far inferior Toy Story Land. 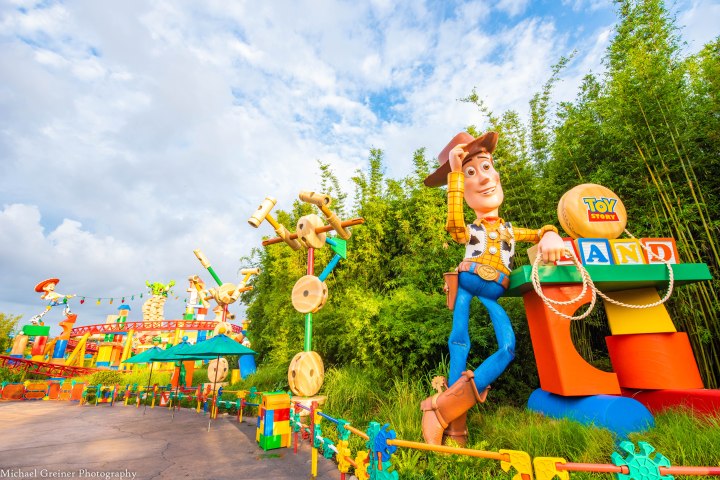 Instead, Disney announced last year that we would be getting the Racing Academy show as part of an effort to add as much capacity as possible to the park ahead of Galaxy’s Edge. The show was announced to be opening in Spring 2019 at the Sunset Showcase theater, officially putting an end to my long time hope of Club Villain returning.

In all honesty, when the new show was announced, it sounded like nothing more than a quickly done, cheaply executed experience being added just to say the park had more to do. I’m happy to report that I was for the most part wrong about that. The attraction features a witty script, some cool visuals and a really great Lightning McQueen animatronic! 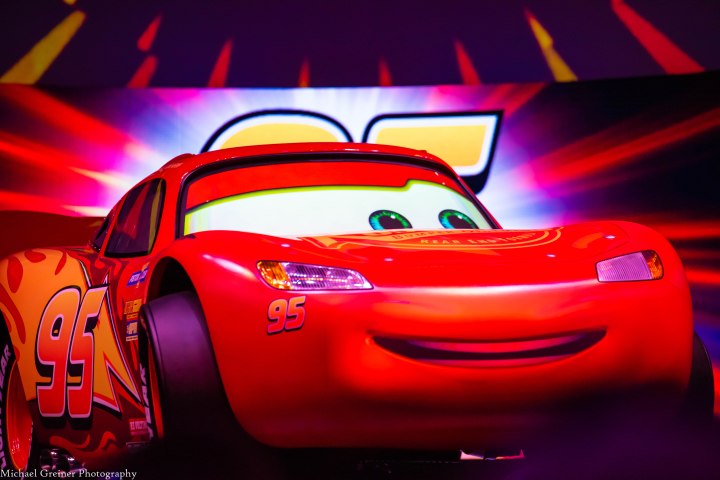 Outside of the show building, you will find photo ops with a couple of characters from the franchise. 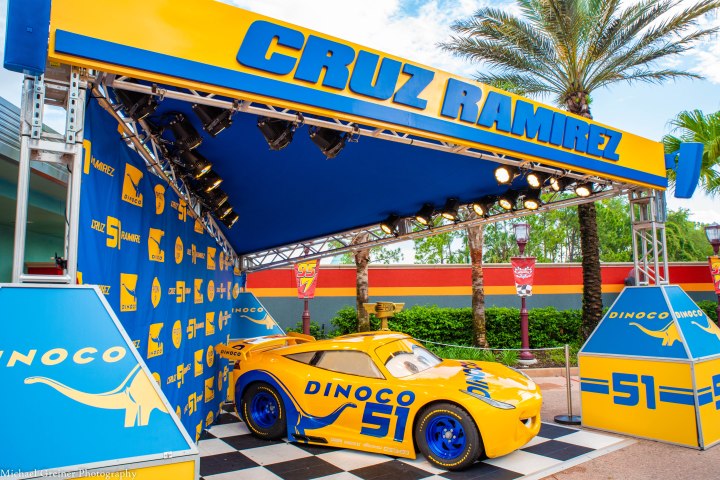 Despite the fact that I absolutely love the land/attractions out in California, Cars is probably my least favorite Pixar film and I never even bothered to see the sequels. I do know that Cruz Ramirez is from Cars 3, only because her meet and greet was brought into the old Pixar Place when the film came out.

I assume DJ here is from the sequels as well. He plays pop tunes in the area while you wait to enter the next showing of the Academy.

Typically, its pretty easy to get into the next show as it runs continuously throughout the day, ala Country Bears or Tiki Room. By the time guests enter, watch the 11 minute show and then exit; you are looking at about a max wait of 15 minutes, and that’s only if you just missed the previous show.

Upon entering the theater, you choose your seat in any available spot you’d like. I strongly recommend grabbing a center view as that will give you the most immersive view of the simulator portion of the show. 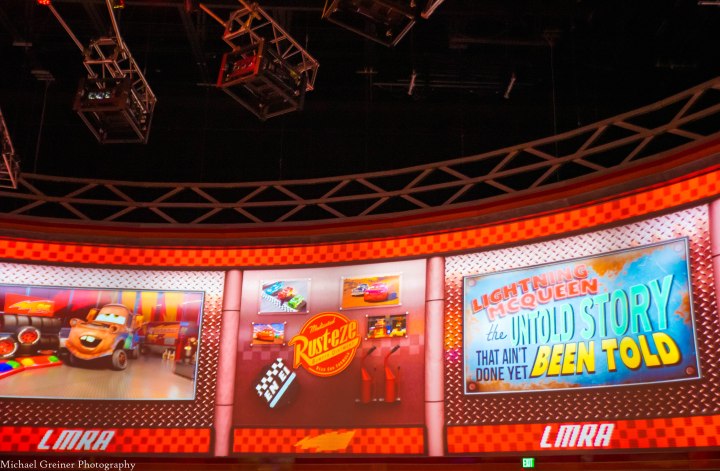 We are first greeted by Mater’ who is there to present “Lighting McQueen: The Untold Story That Ain’t Yet Done Yet Been Told”! 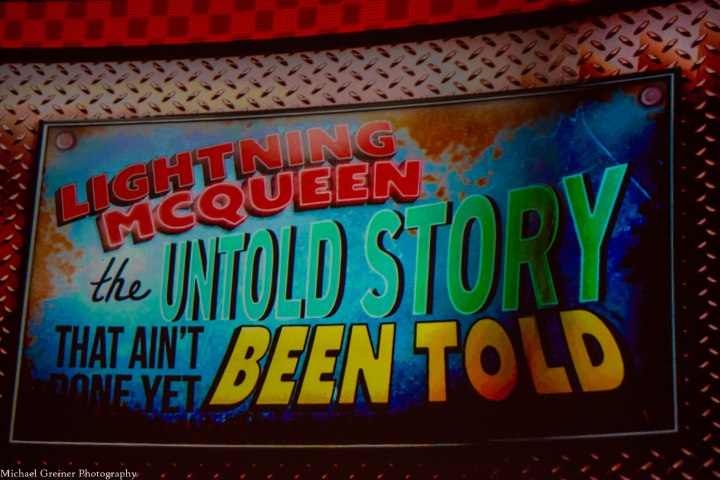 I’m not a big Larry the Cable Guy fan personally, but I’d be lying if I said I didn’t find Mater’ entertaining. He is consistently funny throughout the show. 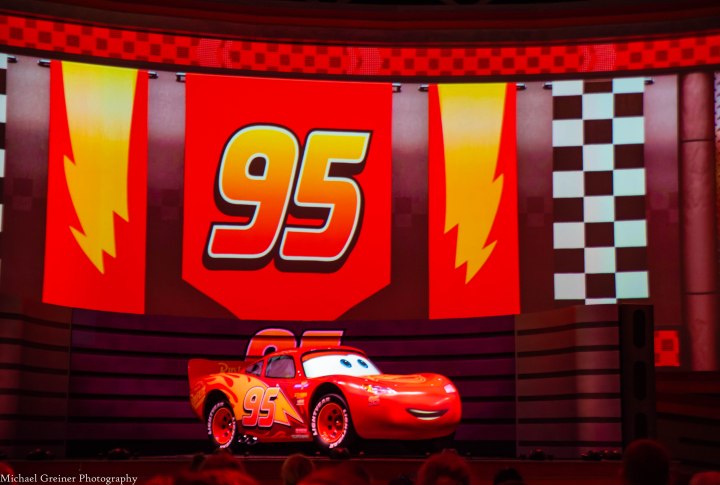 Soon enough, our star of the show is introduced!

This is a really great animatronic, already immediately better than anything I thought we would get with this show. California Adventure does have a similar Lighting animatronic which drives through Cars Land from time to time, however the fluid quick movements of this one here are next level. The movement of the wheels is particularly impressive.

The story of the attraction is that Lightning will be giving us a driving lesson using his simulator, which was featured in Cars 3.

Unfortunately, Mater presses the wrong button and blasts him with smoke instead.

He figures things out though and we are soon watching McQueen tearing up the simulator track. Here is where the center view comes into play as it does a pretty good job of making you feel like you are amid the action.

Cruz is our virtual crew chief. 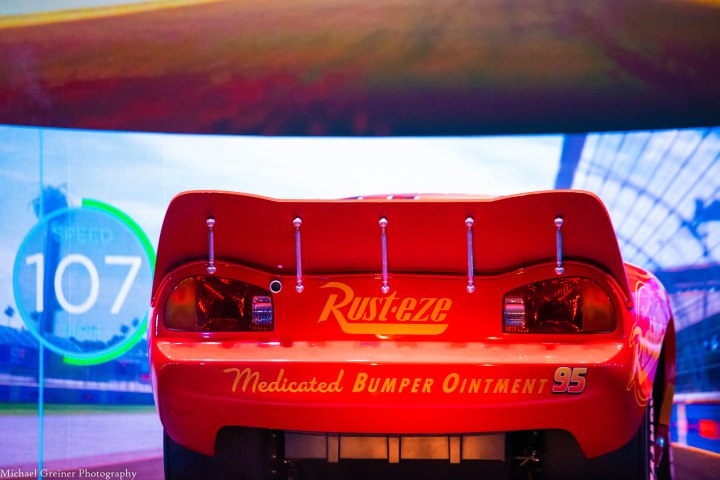 Before he can finish his run however, the program begins to glitch. It eventually breaks down completely leaving Lighting with a frustrating spinning load circle.

After spamming us with a series of ads, the culprit decides to reveal himself.

It’s none other than Chick Hicks of Cars 1 fame.

Chick is upset over the backlash he got from his actions in the final race of the first film. He wants to prove once and for all that his is a better racer than McQueen. He challenges him to a race on the simulator, even going as far as to promise the audience a big pile of money if he loses.

Unfortunately, the fast talking terms and conditions inform us that the offer is not valid in Orlando, Florida. Bummer. 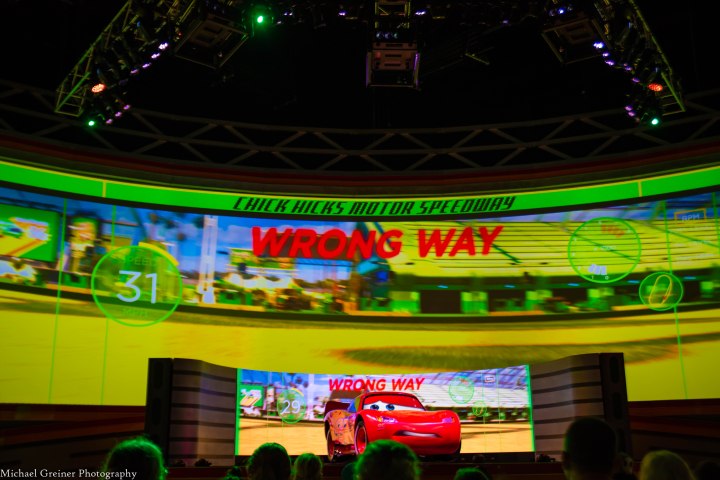 Chick chooses his newly created Chick Hicks Motor Speedway for the track, and takes off before Lightning is even facing the right direction.

It takes a while, but Lightning catches up to Hicks despite all sorts of obstacles thrown in his way.

Chick resorts to more foul play as he attempts to ram McQueen into the wall. 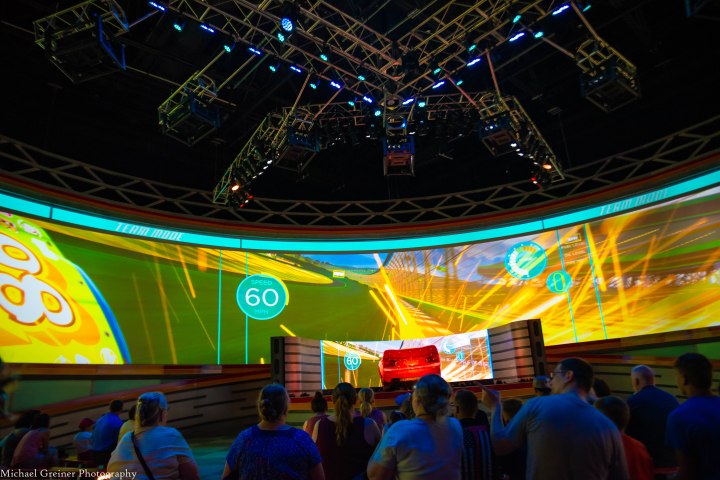 In the end however, Lightning gets by with a little help from his friends! Several characters from the films make quick cameos on the screens to help overcome Chick’s cheating ways. 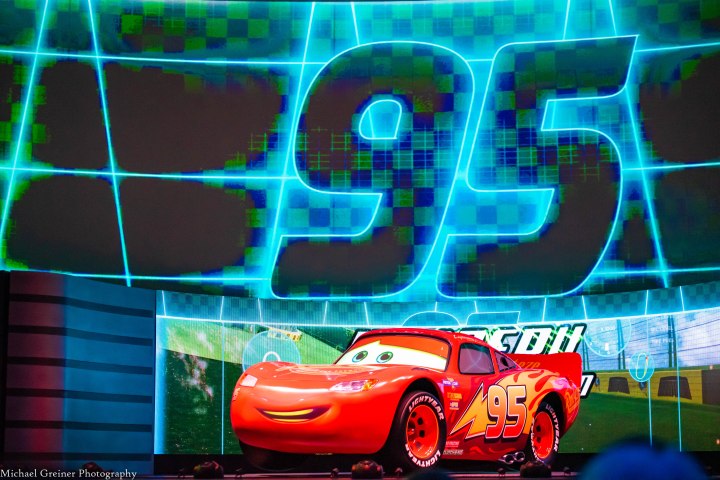 Overall, I was pleasantly surprised by this new attraction. While it certainly isn’t an E ticket, its still a quite entertaining way to spend 15 – 30 minutes of your day. This show easily could have been a phoned in effort. Disney instead produced a solid experience with strong visuals, a strong script and a very impressive animatronic. 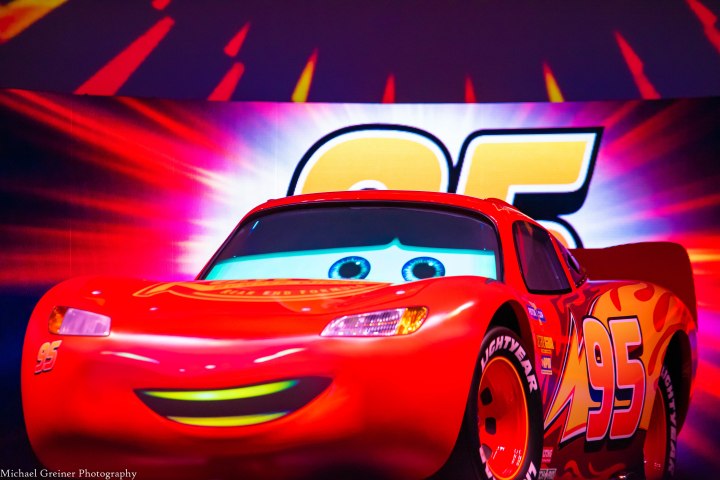 I recommend checking it out for yourself next time you visit Hollywood Studios!