Disney has released a new statement on Saturday’s accident, now referring to the incident as a “malfunction” rather than “unexpected down time”. Disney continues to state that there was not an accident which simply isn’t true. 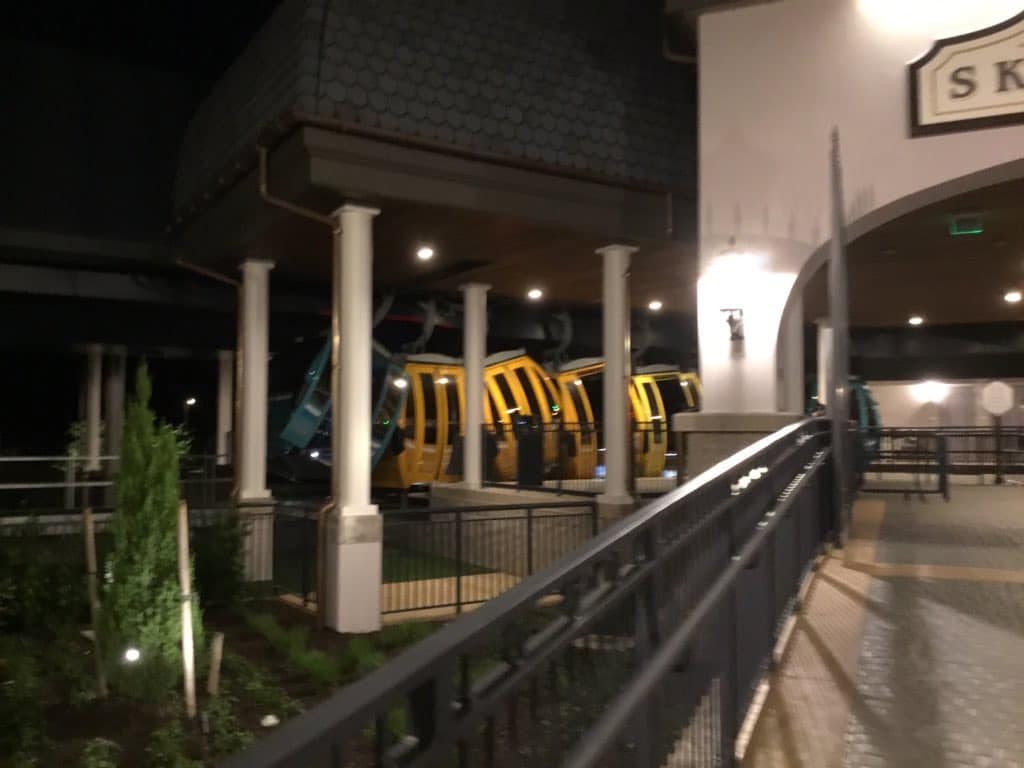 “We have a team diligently looking into the cause of last night’s malfunction on the Epcot line of the Disney Skyliner. We have been in contact with the guests, many of whom were on the Skyliner for more than three hours until we were able to restart the system. We express our sincere apologies for the inconvenience and continue to work with each guest individually”.

It’s also been reported that only one gondola was required to be evacuated by the Reedy Creek Fire Dept via cherry picker. Other cabins lower to the ground were able to be evacuated via smaller lifts.

Eventually, the aqua cabin involved in the collision was able to be moved off the main line to a service station. The line was then able to be restarted with guests being unloaded at the nearest station.

It’s also been reported by the Reedy Creek Improvement District that three guests were taken to the hospital. All three guests have since been released. As we noted in our previous update, at least one guest was spotted on a stretcher following the evacuation.

Disney states that there were no injuries and its likely that any guests taken to the hospital was done out of caution. I would be shocked if Disney doesn’t end up with multiple law suits over this, whether justified or not.

Disney is definitely luck that this did not happen during the middle of a 90 degree day. With the lack of air conditioning in the cabins, being stuck for multiple hours in the intense heat could cause severe health issues to say the least, emergency kit or not!

Disney is currently conducting a full investigation as to what caused this malfunction. We expect the company to take every precaution to ensure something like this does not happen again. We would personally not hesitate to ride the Skyliner again once it re-opens, but we have no idea when that will be.