The attraction is a slow moving boat ride with a combination of physical sets, projection screens and “Small World” like dolls / animatronics. It’s not going to blow anybody away, but its still a solid dark ride and rarely has more than a 5 minute wait.

Its also a perfect example of how characters can be integrated appropriately into World Showcase. The ride was originally called El Rio del Tiempo. The ride was mostly the same except it did not have any of the characters. In 2007, a refurbishment added The Three Caballeros to the projections throughout the ride (the animatronics came much later), however the experience remained a showcase of Mexican culture.

The characters don’t compromise the purpose of the ride, and anytime we get more of the Three Caballeros at WDW is a good thing! 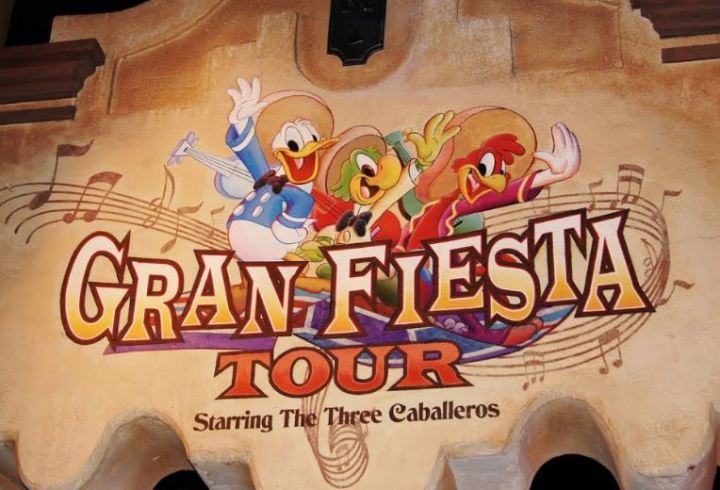 The entrance to the ride is located to the left of the dining area for San Angel Inn. The line occasionally spills out of the small queue, but ever if it does your are still looking at a wait of under 10 minutes.

You begin by traveling down the river at the base of this indoor Aztec temple, along side San Angel Inn. 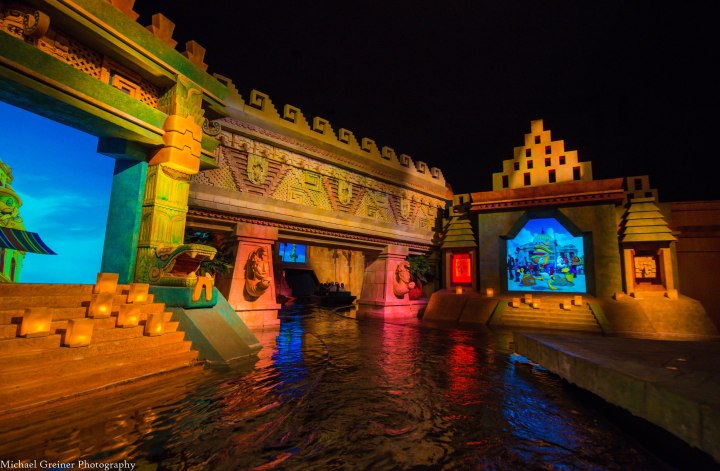 The loose plot of the ride is that Donald has run off so Panchito and Jose are trying to find him. This isn’t an attraction where the story is all that important. If you don’t follow along it shouldn’t effect your ride experience much. 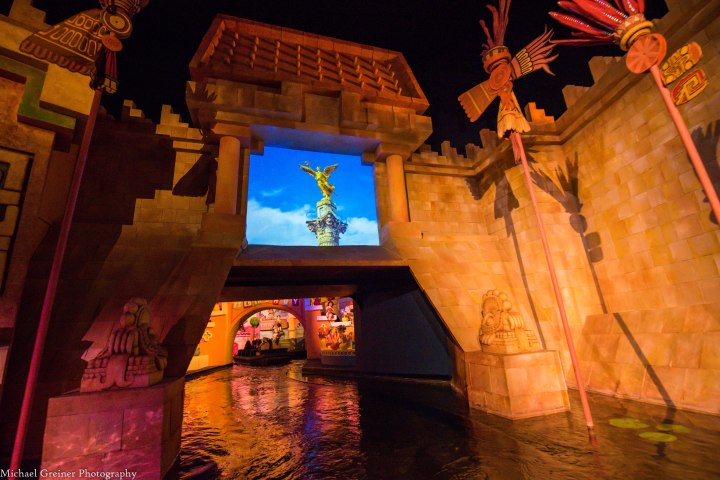 You then move into a very “Small World” like celebration of Día de Muertos (The Day of the Dead). 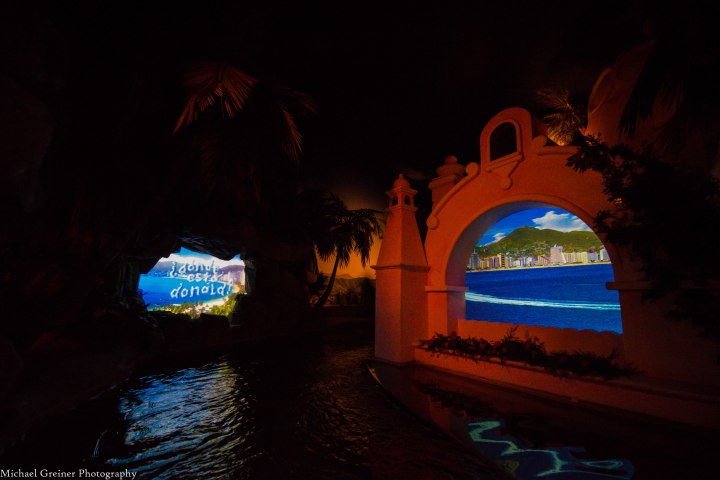 As the sun begins to set, you will encounter Donald doing a bunch of various activities. These include cliff diving, scuba and parasailing. Because its Donald, most of these activities don’t go so well for him.

The footage is all live action, with the animated characters added in ala Who Framed Roger Rabbit. 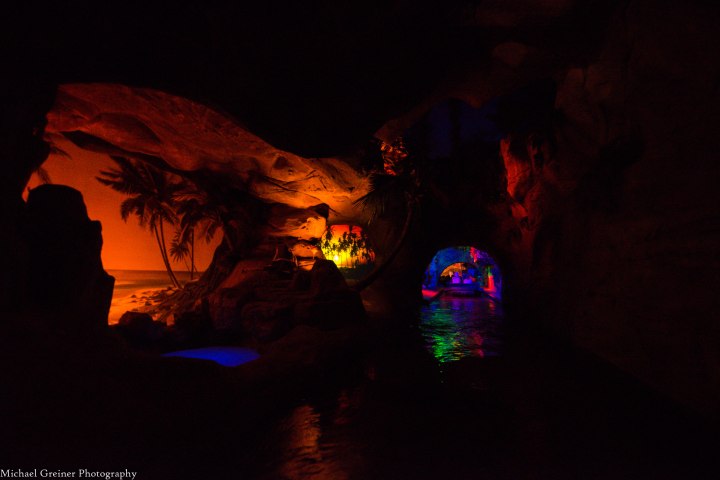 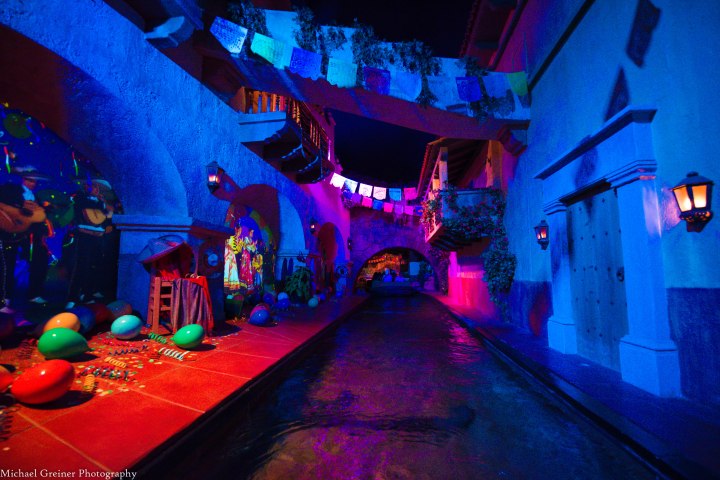 Eventually, the three characters are re-united.

The big finale includes a “fireworks” display in the sky and an encounter with the Three Caballeros themselves (in animatronic form). 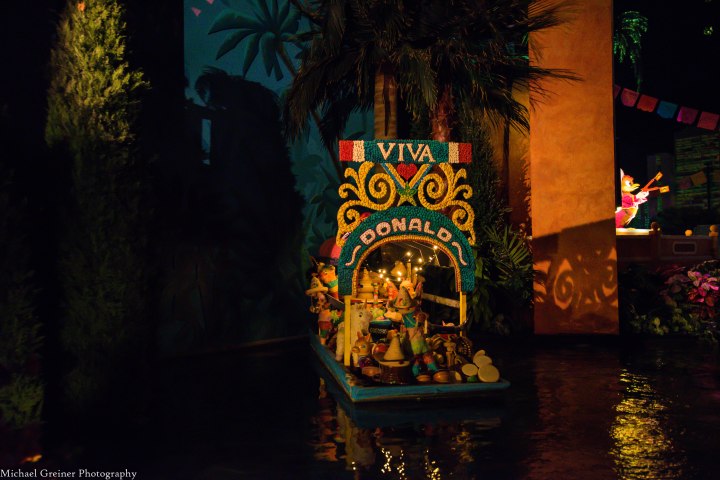 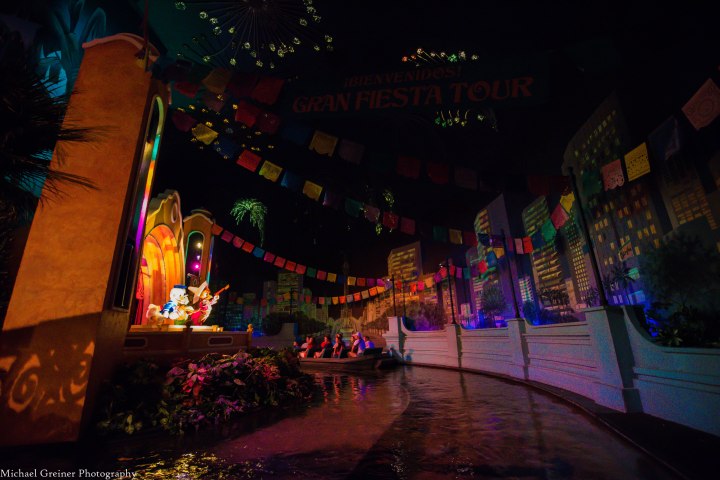 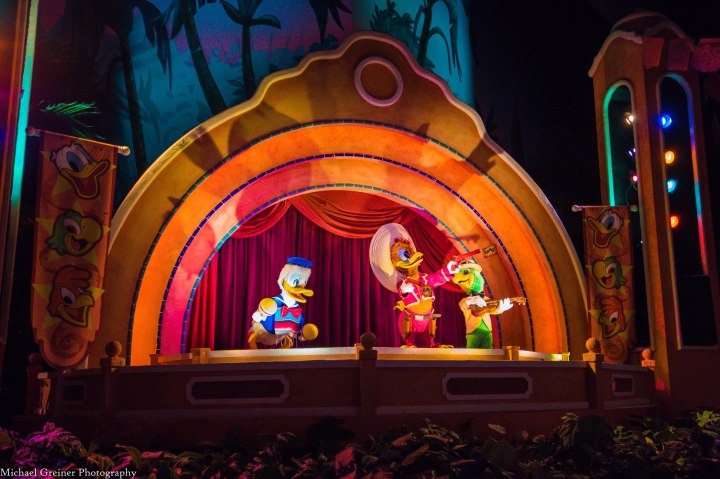 A final turn around a wall mural map of Mexico and we are back to the load / unload area. 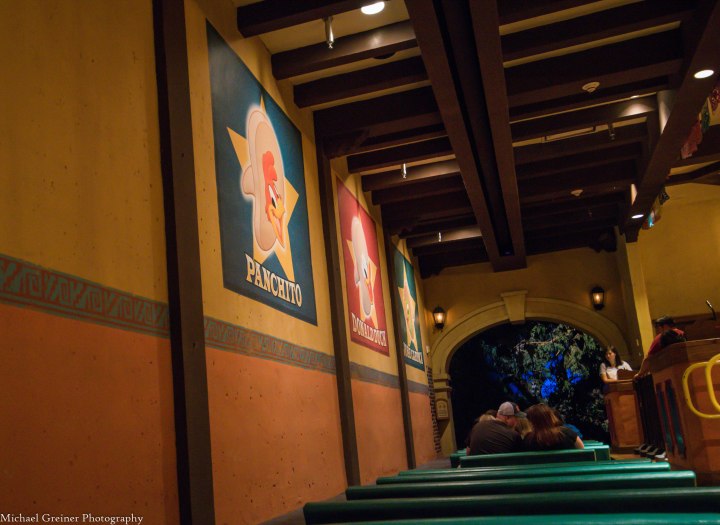 The ride is about 7 minutes long in total. That’s great bang for your buck in terms of wait time as you will usually spend less time on line than you will on the ride itself. We strongly recommend checking it out during your trip!

If you are already fans of the attraction (or even if you’re not), let us know in the comments below! Thanks for reading!