It’s no secret on this blog that we LOVE Magic Kingdom’s signature flume ride. Splash Mountain is an absolute classic and one of the greatest theme park attractions in the world. The Magic Kingdom version is also significantly better than its original Disneyland counterpart with far better pacing and ride vehicles.

We love Splash Mountain so much that it tops our list of the Top 11 Rides at Walt Disney World.

We always recommend using one of you three initial fastpasses on here, preferably the last of the three and for the early afternoon time slot. That way its hot enough for a nice cool down but early enough that you can still take advantage of booking additional same day fastpasses afterwards.

We also recommend returning for an after dark ride as lines are usually minimal at this time and the outdoor sections of the ride are beautiful at night. One of my most memorable Disney World experiences was riding on myself 4 times in a row in the same log (without having to get out of the log) during one of Magic Kingdom’s After Hours Events.

For today, we are just going to take things easy and enjoy a nice little photo tour from our most recent ride on Splash Mountain.

Note, while I have no worries bringing my expensive camera on the Magic Kingdom version of this ride, I’m much more hesitant on the Disneyland version. Usually at Magic Kingdom your safe lower torso down, while at Disneyland its common for your entire body to get soaked from water coming in the side of the logs.

I was lucky enough to get the front row for this particular ride. I know many don’t like the front row here but if I’m riding a water ride, I want to get wet! 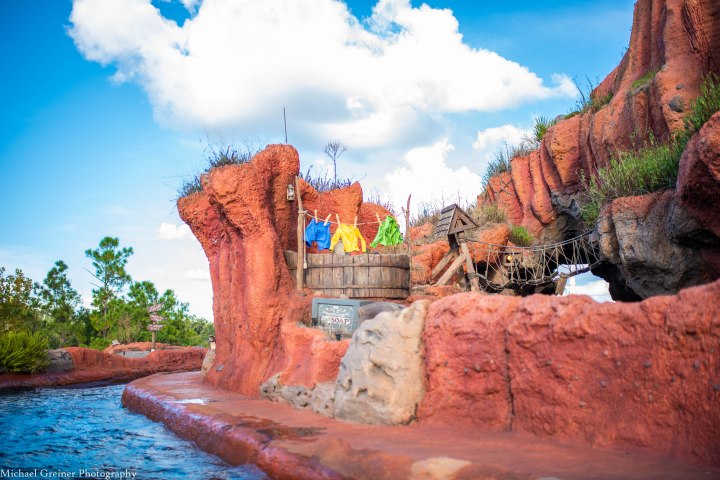 I always love hearing the birds here singing “How Do You Do” in their “Alvin and the Chipmunks” voices. 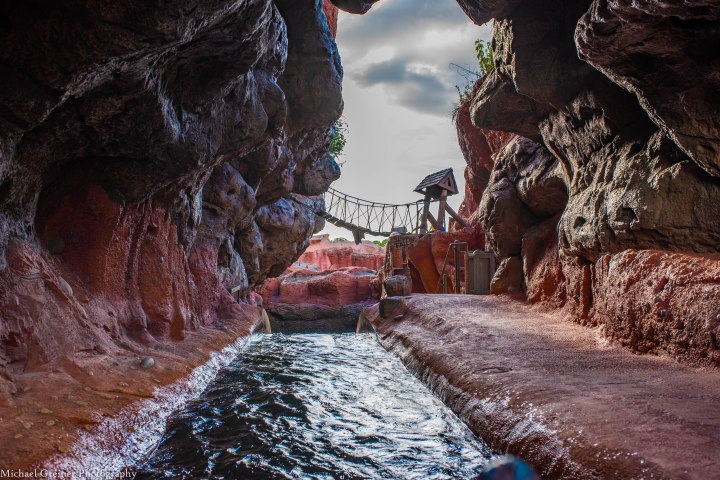 I also love the “Slippin’ Falls” pun way more than anybody probably should. 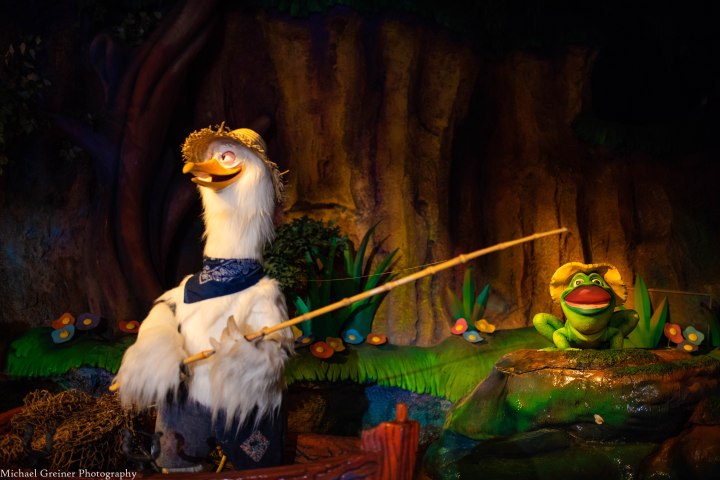 Once inside, the ride really kicks things up a notch with awesome scenery tons of great animatronics! It also features the best soundtrack of any theme park attraction in the world.

Getting a bit “artsy” with this one. 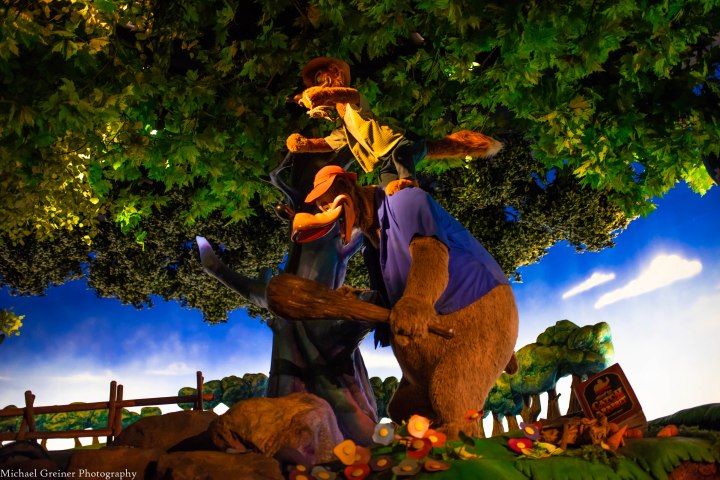 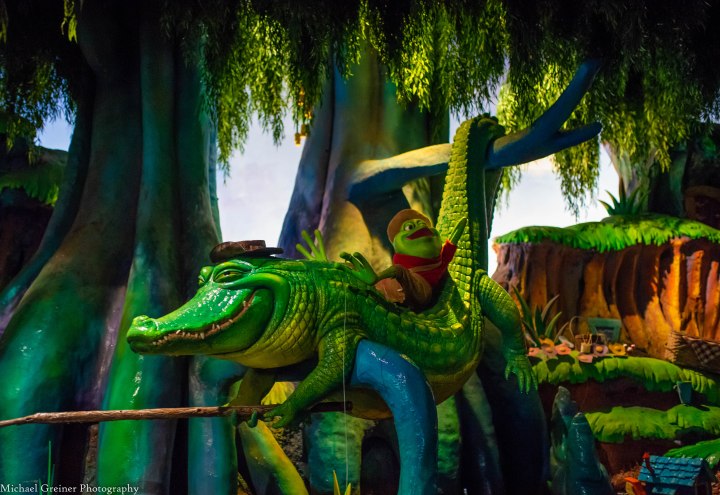 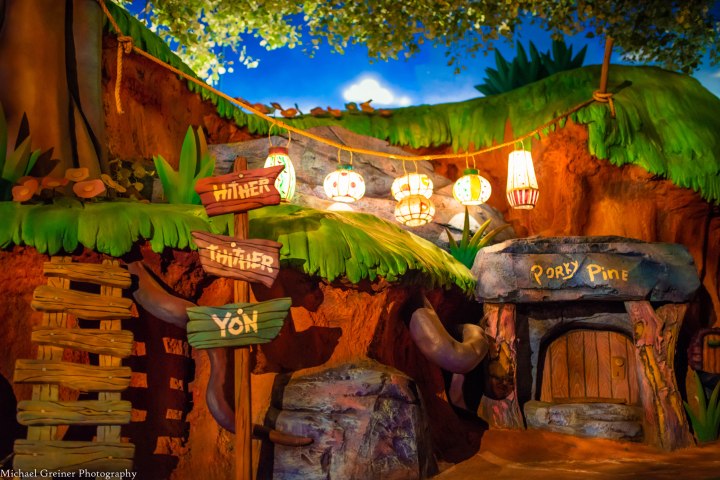 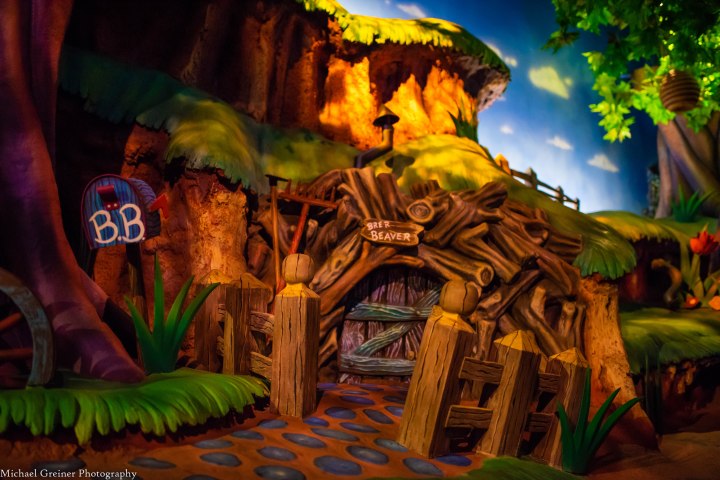 The drop down into The Laughing Place is bigger than most would expect for only the 2nd of the 4 drops on the ride. 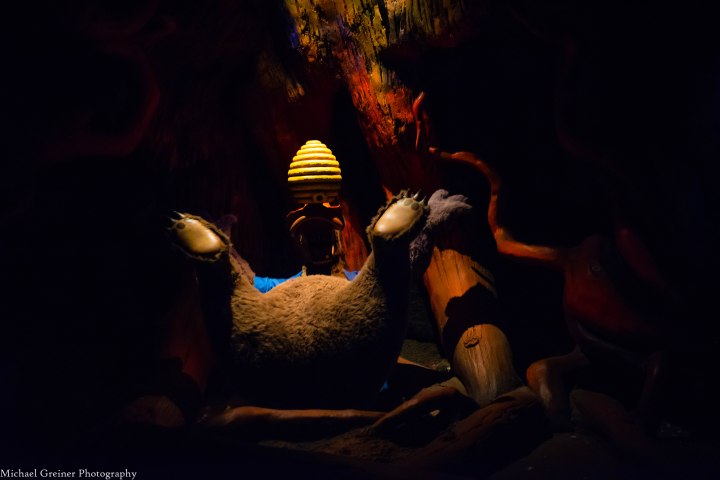 Was a bit bummed to see many of the water effects still not working in this area. Splash closed for two different lengthy refurbishments last year and it still seems like that wasn’t enough. 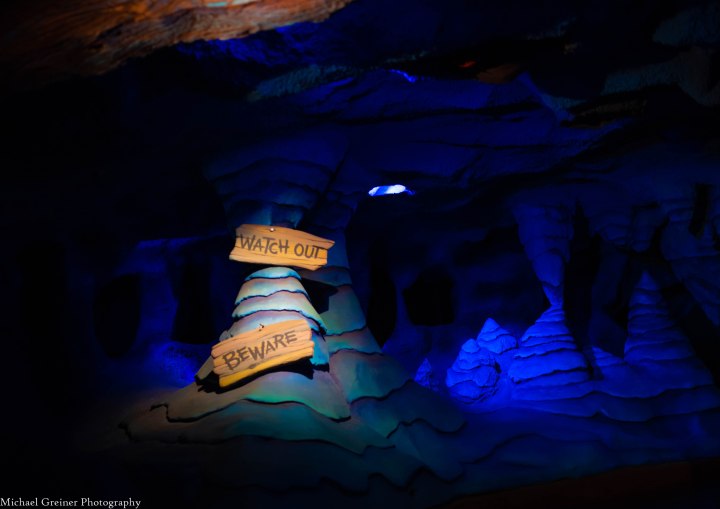 In fairness, it was in really bad shape prior to those refurbishments and it is a lot better now than it was.

If you’ve already seen the HEA from the hub, it can be fun to take a ride on Splash during them and give yourself a magnificent, albeit short, visual of the fireworks in the distance as your reach the top of the waterfall. 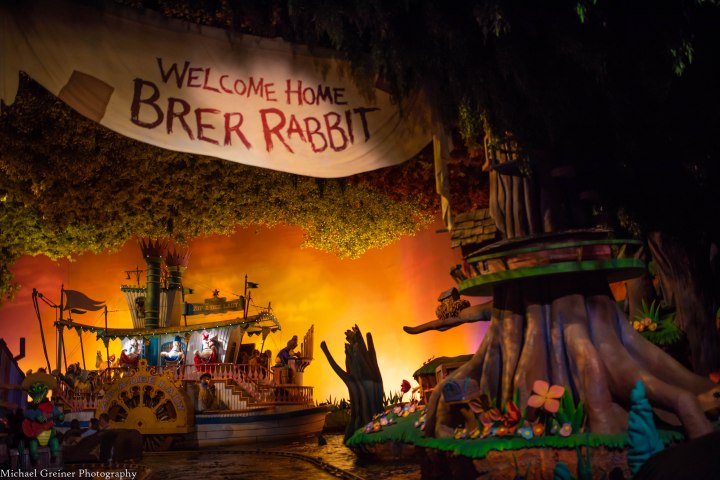 Its nice to see the Blue Bird finally working again. It was motionless for several months prior to last years refurbishments. 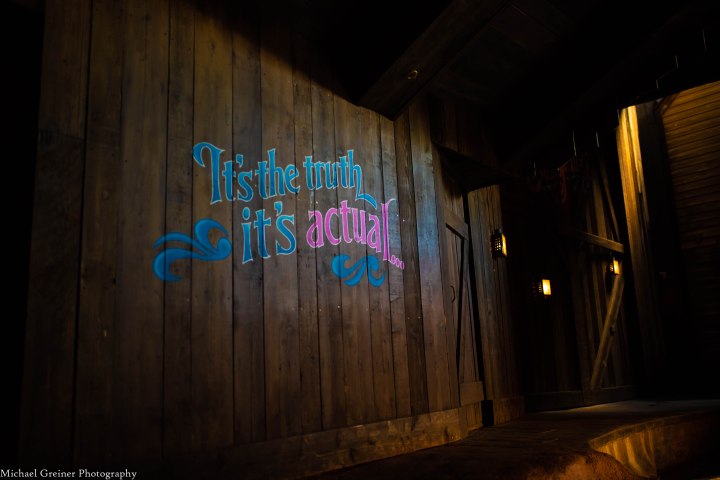 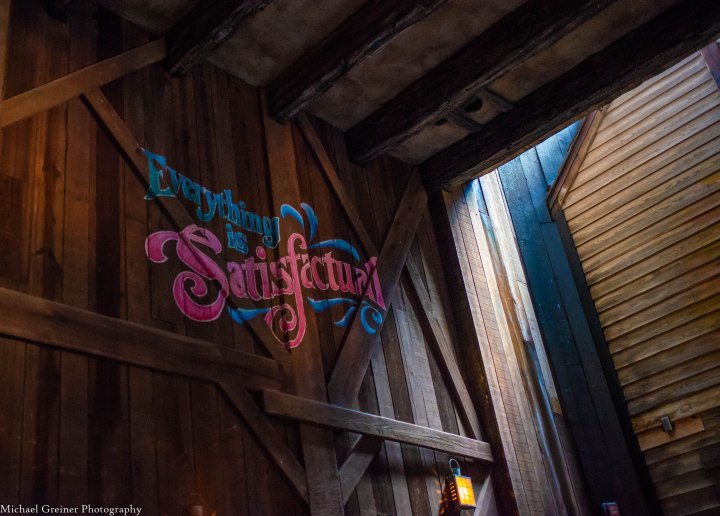 Have a Zip-A-Dee-Doo-Dah Day everyone!

Thanks for reading everyone! Hope you enjoyed this little photo tour of one of our very favorite experiences in all of Walt Disney World!

One thought on “Let’s Take a Ride on Splash Mountain”